A conversation I’ve had too many times. Especially around election season :/
New York

You'd think it'd be easy to just bet money against these people, but you have to consider the probability of them paying up.

streaming keypoints from your facial expressions and movement, generating a detailed deepfake of your own face locally
Read the whole story

Star Wars: Squadrons is as good (and as hard) as actually flying an X-Wing by Chaim Gartenberg
Thursday October 1st, 2020 at 2:52 PM 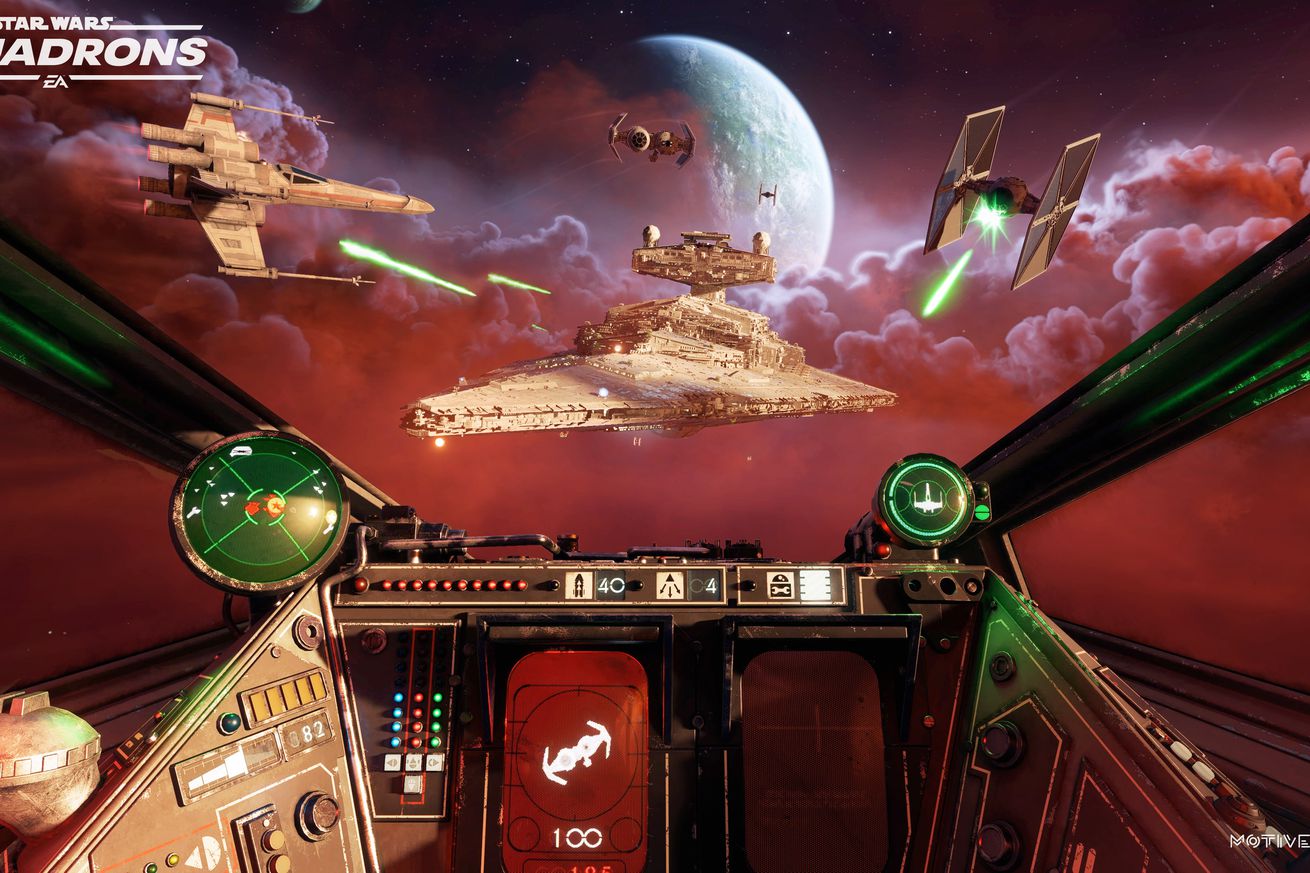 There’s an enemy fighter on my tail. I glance out the window of my X-Wing, and call out to two of my wingmates in Vanguard Squadron to pick the TIEs off my back, restock on missiles, and then perfectly drift around a chunk of debris to continue bombarding an enemy cruiser. Or at least, that was the plan, until I clip the side of the cruiser, spin around, and explode.

It turns out that flying an X-Wing is harder than I had thought.

For as long as Star Wars has existed, fans have dreamed of jumping into the cockpit of the iconic starfighters of the franchise and following in the footsteps of Luke Skywalker or Darth Vader to dogfight it out among the stars and Death Stars. Luke and Vader had the force, though, to augment their flying abilities. I just have a PlayStation 4 controller.

(This review is focused on the single player campaign; we’ll have more on the multiplayer half of the game next week.)

Squadrons, as my colleague Nick Statt noted in his own hands-on preview earlier this year, is a flight sim game. And while it’s not quite as complex as a more demanding simulation game (like the popular Microsoft Flight Simulator), there’s definitely a learning curve. Players who are used to arcade style games (like Battlefront II’s space missions) are in for a bit of an adjustment.

Flying an X-Wing is harder than I had thought

In many ways, Squadrons’ single player campaign feels like an extended, multi-hour tutorial to help train a player’s piloting skills before throwing them to the wolves of online multiplayer. And even after hours in the single-player mode, I still felt like I was just only starting to get used to Squadrons’ flight. (Players who are more familiar with flight simulator games will likely fare better, though.)

Each faction has four ships available: an all-purpose fighter, a speedy interceptor, a powerful bomber, and a support craft. Earlier missions will assign you specific loadouts or roles to play — presumably to help players get a feel for how each craft works — while later levels give more free choice of craft (and the ability to switch between crafts mid-battle).

The actual single-player mode puts players in the cockpits of dueling Rebel and Imperial squadrons, swapping back and forth between the two viewpoints surrounding the construction of the Starhawk, a New Republic battleship that could change the nature of the war. The game does its best to try and sympathize players with both sides, giving you the chance to chat with your squadron-mates between battles and get their perspectives on things. But it runs into a familiar issue in Star Wars, which is that the Empire is, uh, the bad guys. Also, my New Republic squadron mates were just plain nicer.

Given that it does feel a little like an extended tutorial, there are some clear limits, like the number of stages available for gameplay, but Squadrons does make the most of its toolbox even when things repeat. One mission, for example, has players stealthily approach a battlecruiser, while the next flips the script and has them defend an outpost or hunt down an enemy. (There are also regrettably a few escort missions, but Squadrons is at least generous with its checkpoints.)

The basic gameplay loop is more or less the same regardless of which ship you fly, built up around Squadrons’ systems mechanic. Players are generally equipped with shields, engines, and weapons, and must constantly juggle their power between those systems. (Three of the TIE fighters lack shields entirely, but allow players to rapidly shift energy between weapons and engines in a surprisingly flexible system that makes up for it.)

Need to quickly escape a bad situation? Dump power into your engine, but it’ll come at the expense of your shields and weapons. Enemy on your tail? Quickly double up your rear shields by diverting power there. It’s a constant balancing act.

Squadron does fully commit to selling players on the dream of flying your own X-Wing or TIE fighter. The game can only be played in first-person view, and Motive has designed each cockpit with a loving attention to detail — so much so that the game actually allows players to disable the in-game HUD and rely only on their cockpit instruments, if they have the skill and the desire. There’s support for HOTAS (hands-on throttle-and-stick) and joystick controllers, for players who want the full flight experience. (Although I was unable to find a stick in time for this review — thanks, Flight Simulator players.)

VR is an incredible way to play

And of course, there’s the crown jewel of Squadrons’ immersion: comprehensive support for VR across the entire game (both single and multiplayer). While my own time with the game was limited by the technical abilities of the PlayStation VR and its outdated display, after playing a few missions of Squadrons in VR, it’s hard to imagine playing the game any other way.

With my headset serving as a convincing replica of a starfighter helmet and the ability to look freely around my cockpit, VR doesn’t just make Squadrons look cooler — the expanded field of view actually helps in piloting. The ability to look over and see my X-Wing’s S-foils in attack position is just the icing on the cake. My only gripe: the PS VR’s display is just too low-resolution, making the soaring spaceships in the distance that I was trying to gun down look more like fuzzy dots on the horizon.

Squadrons is probably not the Star Wars game for everyone. The steep difficulty curve combined with the relatively limited campaign makes it more of a niche kind of game than other, more accessible Star Wars space combat titles. But for players willing to put in the time (and invest in the hardware), the end result is a game that brings you closer to flying around an X-Wing than ever before.

Star Wars: Squadrons is out on PC, PlayStation 4 and Xbox One on October 2nd.

A person's heartbeat can be used to detect deepfakes by Mark Frauenfelder
Tuesday September 29th, 2020 at 3:34 PM

Researchers at Binghamton University developed a utility called FakeCatcher that can spot deepfake videos by detecting the presence of a heartbeat on a person's face.

In particular, video of a person's face contains subtle shifts in color that result from pulses in blood circulation.